A career in IT: Meet Murray Francis We're shining a light on the people who play an important role in our success. Today we’re chatting with our IT Manager Murray Francis, about his role in enhancing our platform everyday.

Explain your role at CVCheck

As the IT Manager, I’m responsible for everything IT – from the computer systems in the office through to the development team who enhance the CVCheck platform.

We have a unique IT team. Everyone, except two people in the Perth office, is remote. We have 11 staff in Australia, spanning from the Gold Coast Hinterland, down to Adelaide, up to the Southwest of WA, and two in Perth.

We believe and work in agile development methodology, with lots of quick iterations, prototyping, continual feedback, and improvement. Everything is located in the Cloud, from our source code through to project tracking system, documentation, really everything that we do. We can easily access it remotely so physical location is irrelevant.

Tell us about your life before CVCheck

I worked in a range of industries before I started at CVCheck. After completing a Computer Science degree (at Curtin University) I started my graduate job with an outsourcing company, working at a large number of government departments, which saw me write the original code for The Crime Stoppers application.

Then I moved to London during the Dot-Com Boom in the late 90s. I spent three years working at what was then, the new Interactive Sport division at IMG. My first project was the Manchester United website. I wrote the code for the online live scoring systems for the British Open Golf and FISA World Rowing, and Indian Cricket websites. We streamed the Australia Indian Test Series for free in 2000 and set records for the most number of concurrent streams for a live sporting event.

In 2000 we created an online platform to quickly edit and distribute short sporting videos via MMS in the early days of video on phones, in the time before iPhones hit the market, and made video commonplace on mobiles. People could sign up to get a 30-second video of Manchester United scoring a goal. Slightly burnt-out, I took a year off and backpacked through Europe, Canada, and New Zealand, and then returned to Australia permanently.

My first job back in Australia was at EMIS as one of the Australian founders of the UK company’s Australian offshore division. I spent 10 years there, growing the team from four staff to 70, before turning off the lights on the business when it eventually closed its Australian branch.

The next job I applied for was CVCheck. I started at CVCheck as a Senior Developer. We had three developers and one tester when I started over eight years ago. After a year at the company, I was promoted to IT Manager.

How has CVCheck changed since you started at the company?

When I first stepped into the CVCheck office for my interview, it was just a couple of tiny rooms, squeezed into someone else’s office with only 10 staff. Then we relocated to an office in Osborne Park where we took up half a floor.

There’s been a significant visible change not only in the physical size of the business and the growth in staff but also in our marketing efforts, which saw CVCheck grace billboards and buses.

In terms of the product’s evolution we’ve; Introduced new technologies and new features to the system, rolled out a complete rebrand, built in automation by integrating with third-party data suppliers via their APIs, and launched in New Zealand. Listing on the ASX was also a big achievement and milestone for everyone at the company at the time.

Describe the culture at CVCheck

The culture of my team is that we’re all motivated, and the values most present are; leadership, creative insight, and enthusiasm.

To work from home you have to be self-led, that’s a key requirement of my remote staff. We’re constantly looking at data and feedback to find solutions to people’s problems, and improve the platform.

The company-wide culture is very inclusive, encouraging contribution and new ideas, and it rewards hard work and appreciates people’s efforts. Overall, my co-workers are a really hardworking, can-do, dedicated bunch of people.

What’s the most rewarding part of your job?

Contributing to the growth of the company and solving problems for our customers and our staff. I think that’s usually a big motivator for anyone in IT for support and development – you’re solving people’s problems and making their lives better in some way.

What does innovation mean to you?

Innovation to me is identifying and creating new solutions to problems, that’s how our IT team innovates. There can be lots of different solutions, but it’s a question of how much effort is required to achieve that solution, and how accurate will it be.  So you weigh up certain things and that’s where you get to be really innovative, coming up with a really good solution in a timely fashion.

How do you relax?

I live in a pretty special environment here in WA’s Southwest, boasting beautiful scenery and restaurants.  I have young kids and we spend a lot of our summer in the pool. I also really enjoy night fishing. Here you can be on a beach by yourself and not see another light around you except for the stars in the sky and the light of your fishing buddy next to you.

Meet other members of our team 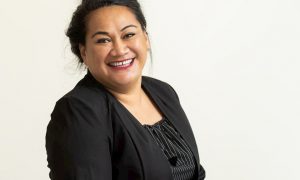 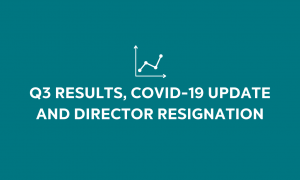 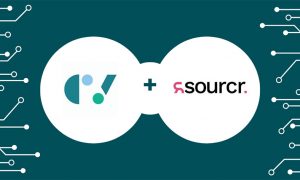 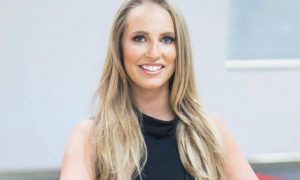