Reference checking can be a legal minefield, so it’s essential you conduct due diligence to protect your company – and yourself. Recruitment expert Rachel Hill and lawyer Craig Sharp explain the legal obligations of reference checking.

Do you know your legal obligations when conducting reference checks? It doesn’t matter whether you’re an HR novice or an experienced hiring manager, it’s critical that you are aware of all the potential legal traps so you can hire the very best people for your team.

The first – and arguably most important – rule when reference checking is to remember that it’s a subjective process. It’s essentially someone’s opinion of the candidate. However, as Craig Sharp, CVCheck General Counsel, says, “Any opinion is necessarily subjective to some extent, but a properly obtained reference can still be a valuable resource.”

In order to leverage that value, it’s a matter of finding the right balance between treating the task as a box-ticking exercise and viewing it as undisputable objective evidence. Leaning one way or the other is a common mistake, according to Rachel Hill, Managing Director at Hill Consulting.

“It’s also open to misuse or abuse, if you like, because nobody is ever going to put a bad referee on their resume,” she says. “So you’re only ever going to speak to a boss or a peer that likes your candidate.”

To overcome this subjectivity, Hill says it’s down to the hiring manager to dig deeper. That may involve going back to the candidate and asking for additional referees.

With all the news around companies protecting not just their assets but their data, record-keeping is an essential step in reference checks. After all, if a candidate believes your hiring process was unfair, you’ll want a rock-solid paper trail to prove you were legally compliant throughout the hiring phase.

“A reference is evidence that is being used to support a final business decision,” Sharp says.

“You want to have a record that shows business decisions were made following an appropriate process, and that you can objectively demonstrate those decisions aligned with that process – advertising, shortlisting, interviewing and screening.”

“There are four Commonwealth Acts that make it unlawful to discriminate based on a number of protected attributes,” says Craig Sharp, CVCheck General Counsel. Here are a few common ones to avoid:

Aside from the legal minefield that comes with asking questions about gender, race, sexual orientation, disability status and more, Hill says there are a number of additional factors covered by Australia’s equal opportunity laws.

“States and territories have their own discrimination laws, as well as federal laws, and it’s wider than just race and gender aspects,” she says. “There are additional things like criminal records and whether that background is still relevant.

“And one thing to be really careful about these days is social media. There’s a big argument around whether things posted on a candidate’s personal pages are private or public information. They may have posted it publicly, but did you tell them you’d be reviewing their social media profiles when reference checking?

The bottom line is that hiring managers need to not only familiarise themselves with their company’s hiring policies, but also their state or territory’s relevant laws around equal opportunity.

“It keeps everything formal and compliant,” she says. “Since you’re filing all these reference checks in the same place, all the same forms, systems and processes are being used and it’s secure.”

In terms of CVCheck specifically, Sharp says the reference-checking services provide a “robust framework to systemise and standardise your processes”.

Moreover, “referees are protected from being misquoted or misunderstood, because CVCheck delivers the referee’s responses directly,” he says. “They are not transcribed, nor distilled from a rambling conversation into a single phrase.”

In an age where compliance and record-keeping could be the difference between a healthy hiring process and legal woes, outsourcing reference checking to a third party could be the optimal solution. 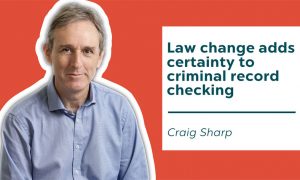 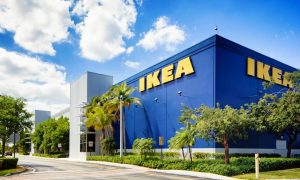 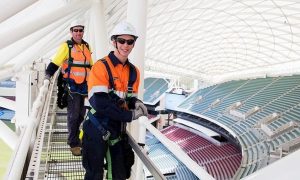 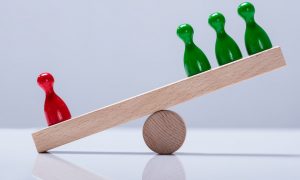