The future of jobs in Australia’s aged care industry With more Australians entering aged care than ever before, demand for workers is rising dramatically. Here are the jobs set to boom in years to come.

Due to Australia’s ageing population and the more complex needs of customers, demand for aged care workers in Australia is growing rapidly.

According to the Future of Australia’s aged care sector workforce report by the Australian Human Rights Commission, the number of Australians aged 65 and over will increase to 22.9 per cent of the total population by 2055.

While longer life expectancies in Australia is something to be celebrated, it does result in an increased demand on aged care services, with a report into our national job market finding that aged care job vacancies in January 2016 exceeded applicants by 400 per cent.

“We have a very large group of baby boomers coming through causing a huge growth in aged care services, much more than ever before,” says Michael Maher, CEO of the Aged Care Development Network.

“The main rise will be in carers, because it’s by far the biggest group at 70 per cent of the industry, but we’re constantly opening new residential aged care facilities, so there will also be increases in other areas as well.”

In fact, the Department of Health estimates the aged care industry will need to expand its workforce from 366,000 to 980,000 by 2050 to meet the needs of our ageing population, while SEEK predicts growth of 30 per cent by 2020.

With that in mind, here are some of the jobs expected to boom over the next five to 10 years.

The average aged care industry worker salary is going up, according to a 2016 report into Australia’s job market. It attributes the rise to the increasing number of managerial roles, including clinical managers and regional/operations managers, which can pay well over $100,000 and up to $220,000 a year.

The good news for care workers is that unlike in other industries, where automation is causing concerns over job stability, Maher doesn’t believe advancing technologies will be a threat.

“Due to the nature of the role, I don’t think technology will replace carers,” he says. “Rather, technology will make it better for all different aspects of the industry, including workforce management, staff training and the level of care being provided to customers.”

On average, aged care workers earn $66,594 a year. However, the Australian government has introduced a funding scheme for aged care workers who want to upskill, which may help employees boost their earning potential.

According to Maher, registered nurses account for around 10 per cent of the aged care industry and have the second-highest earning potential in the sector, after managers.

“In community care you need people who can go out and see people,” Maher says. “So there will also be a rise in case managers.”

According to SEEK, the average salary of a community case manager is $72,607 a year.

According to Neuvoo, the average salary for an aged care chef is $62,776 a year.

“About 20 per cent of the aged care sector is made up of domestic staff,” Maher says. “This includes the cooks and chefs, the food service assistants, who both help in the kitchen but also do the waiter-type roles, cleaning and laundry, administration – everything from the front desk to back-office administration.” Remuneration and penalty rates for these jobs vary depending on the employee’s position and level. Check the Fair Work Ombudsman’s aged care pay guide for more information.

The aged care industry in Australia is poised for significant growth in years to come, facilitating more employment opportunities and job openings throughout the sector. The time is therefore ripe for a new wave of workers to investigate a rewarding career in aged care. 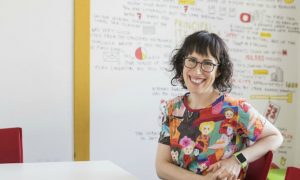 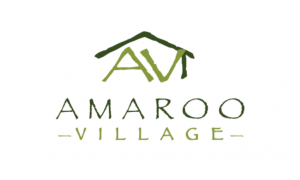 Amaroo protects its residents and its reputation 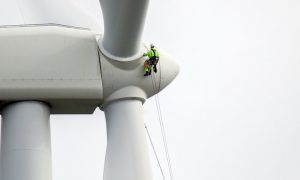