Popular British daily newspaper, The Daily Mail, has gone undercover to bust one of the country’s leading exam boards for dodgy hiring. Here’s how it all went down, and the simple steps the company could have taken to keep its reputation – and people – safe.

It took an undercover operation by a Daily Mail reporter in Britain to prove one of the country’s largest exam boards, OCR (Oxford, Cambridge and RSA Examinations), fails to vet applicants approved to mark exam papers.

In 2019, OCR oversaw a fifth, or 163,000, of the total British A-level exam entries. Despite this massive volume of exams, and the responsibility handling them brings, the organisation still offered an unqualified reporter from the Daily Mail a role as an A-level ‘assessor’ in the subjects of Latin and History.

How the scam panned out?

The reporter deliberately went undercover and applied online for the assessor roles using fabricated CVs. Although female, she applied for the Latin assessor role as a man with a first-class BA honours degree in Classics at the University of Cambridge, a Classics MA at the University of Manchester and a glowing report from the exclusive Westminster public school. Worse still, she copied and pasted the university course descriptions in their entirety. Despite not knowing a word of Latin, she was deemed qualified to mark six different Latin language modules.

Falsities on her History assessor application included a degree from the University of Bristol, and spelling and grammatical errors.

According to the Daily Mail, at no stage did OCR, or its management company, Cambridge Assessment, seek references, check claims made on her application or verify any of the qualifications listed on the fake CV before listing the reporter as an ‘approved assessor’.

On being offered the roles, both fake assessors were given details outlining how to claim for expenses and were put on the University of Cambridge Local Examinations Syndicate pension scheme.

These sloppy pre-employment practices aren’t typical of the exam assessor industry. By contrast, the same reporter applied to another exam board, AQA, and was unsuccessful in her application because she failed to provide proof of her alleged qualifications.

In response, OCR argued that their process was robust because all new employees are put through a stringent training program and standardisation tests before being given any papers to mark, but had no explanation for why its staff failed to check references before approving the reporter’s job application. Regardless, on its website, Cambridge Assessment assures visitors its candidate journey includes the complete background screening of all successful candidates.

Why vetting of exam assessors is important?

To ensure no candidates were jeopardised, the Daily Mail aborted its undercover operation before any exam papers were handled. As both Latin and History can be subjective, as they can express opinions based on personal values, its imperative approved assessors have the appropriate experience, knowledge and qualifications to mark the tests.

And it’s not just the candidates who stand to lose if papers are inadequately marked. The consequences of poor and inconsistent marking for exam boards are wide ranging too and include reputational damage and increased costs when examiners are required to re-mark papers.

Had OCR run quick, affordable CV and reference checks on the undercover reporter it would have exposed the applicant’s false identity and the slew of fake qualifications. It would have prevented the embarrassment and brand damage that’s since followed, and saved the organisation from the investigation into its hiring practices that’s since been launched by Ofqual, Britain’s exam watchdog. 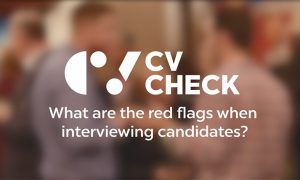 Video: “What are the red flags when interviewing candidates?” 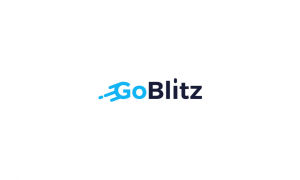 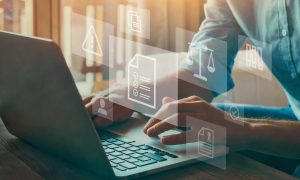 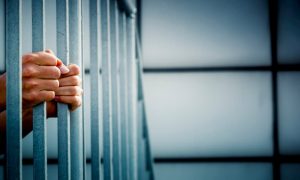