Did you hear about the time a black cat named Colby was awarded an MBA?

No, Colby wasn’t a super-intelligent wonder-cat. He was simply used as an experiment by investigators who paid US$299 for a degree from a Texas-based diploma mill. They claimed when submitting the online application that Colby had work experience including babysitting and a paper route. Within days, the six-year-old cat was awarded a masters of business administration and ready to enter the world of work.

As a shadowy industry operating under the radar, it can be very difficult to determine the size and scope of the problem, but there are undoubtedly thousands of diploma mills operating around the world making billions from their customers. Several of these businesses operate right here in Australia and New Zealand, although it can be difficult to verify their location. The challenge has been exacerbated by the rise of virtual universities that are hard to distinguish at a glance from online diploma mills.

Why are fake degrees a problem?

The rise of fake degrees threatens to lower the value of genuine academic qualifications. They put employers at risk of reputational damage and can place lives in danger if somebody is working in a high-risk field without the proper training, such as engineering or healthcare. The risk can occur with employees at all levels from junior staff to senior executives.

People purchase fake degrees for several reasons – perhaps they can’t afford university fees (or don’t want to take on a HELP loan), don’t have time for a full-length course of study, or they didn’t receive the grades required to graduate. Others will seek a degree in order to apply for a specific job or to gain social status.

The fake degree problem comes in several forms, including:

The diploma mills challenge has been labelled a “wicked problem” because they’re multi-national, very difficult to police and feed what appears to be an insatiable demand for their product.

However, there are some strategies that will make an impact in the ongoing battle against fake degrees.

Two legal approaches involve penalising or punishing issuers of fake degrees and punishing their customers. The wisdom is that rather than attempting to police hard-to-catch diploma mills or forgers, it is more effective to pursue strategies that will reduce the market for bogus degrees.

As the ABC Law Report points out, document forgery in Australia is serious enough to land people in prison. This happened to a Western Australian MP and former police officer, who applied for the police role with forged degrees purported to be from two UK universities. He was sentenced to three years’ jail.

Similarly, a Victorian-based school principal served a three-month suspended sentence after it was revealed he falsified his qualifications to gain employment as a teacher 24 years earlier.

Australia is also cracking down on unaccredited usage of the word “university” to help stamp out the ever-growing number of fake providers claiming to be genuine tertiary institutions.

Educating employers on how to spot red flags

The best way to certify a qualification is to use a background checking service provider who will confirm directly with the issuing organisation. But as an initial step, employers can protect themselves by training CV evaluators to look out for red flags that could suggest a diploma mill. These include:

Don’t rely on physical documents only

Hi-tech physical document security features range from thermochromic ink to watermarks, holograms, micro-text, QR coding and more. Security is getting more sophisticated, but so are forgers who are often as tech-savvy as the organisations they are attempting to defraud.

The issue is that relying on sighting a candidates’ certificate only shows you half of the puzzle. The other half can only be confirmed by checking directly with the issuing organisation.

Able to be requested by both employers and job seekers, CVCheck’s Qualification Check will verify if an individual holds a qualification or trade certificate directly with the issuing organisation and will obtain the following details:

This check provides employers with the confidence to make better hiring decisions by confirming that the individual they’re looking to recruit holds a relevant qualification or certificate.

In addition, a Qualification Check enables job seekers to prove to prospective employers that they hold a relevant academic qualification, trade certificate or other recognised training certificate. Qualifications or certificates can be obtained from various institutes include TAFE, Universities, Registered Training Organisation (RTO’s) and Private Colleges. These can include Certificates, Diplomas, Bachelor/Master Degrees, First Aid Certificates and Online/Short Courses. How Medibank manages risk in a seamless recruitment process 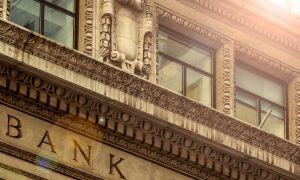 What is an online ABA Check and how is it making banking better? 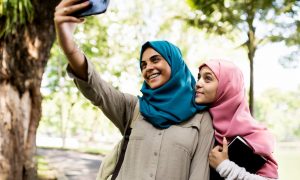