Why you need a standard for employee screening

Between 20% to 30% of job applications contain some form of false information according to a recent report of the NSW Independent Commission Against Corruption (ICAC). For hiring managers, a compliance framework for screening employees should be a crucial component of the recruitment process.

The Australian Standard for Employment Screening was created in 2006 as a guide for recruiters on how to approach this important area of risk. Formally reclassed as aged early in 2018, recruiters should consider reviewing their employee screening framework to address new fraudulent practises that have emerged during the past decade.

Also referred to as AS 4811-2006, the Australian Standard for Employment Screening was first published in July 2006, with an experienced committee overseeing its publication.

Of course, 12 years is a long time in any industry, and while the Standard is still a well-considered and principle-based document, there are portions of it that are clearly outdated.

“Some of the information and references in the appendices are now out of date,” says Craig Sharp, General Counsel at CVCheck. “For example, ACIC (Australian Criminal Intelligence Commission) now coordinates National Police History Checks, and has outlined an improved standard for the identification process – replacing the 100-point method.”

Why the need for an Australian Standard?

The entire purpose behind the Standard’s creation was to build a workable framework for pre-employment screening. It was developed and still remains a best-practice guide for HR professionals, hiring managers and business owners when hiring staff, and it works as a necessary defence against a potential range of risks.

But those risks have become magnified in recent years. While most HR professionals acknowledge the need for screening processes, without an understanding of the Standard they may not fully comprehend the extent of potential risks – especially, according to Sharp, since dishonest applicants will always find ways to circumvent strict hiring processes.

“HR officers often understand the need for screening, but misunderstand the true nature of the risk,” he says. “For example, if they seek to confirm an applicant’s qualification, they will ask for a copy of their certificate. A fraudulent applicant will simply supply a photoshopped document as ‘proof’ of the qualification.”

Risk has evolved in new ways

The growing reliance on the internet for most industries – and an increasingly globalised marketplace – has magnified certain underlying risks in the past decade. As Sharp explains: “There is an increased mobility of the workforce (people from different countries, with international qualification, experience, and references), and with advances in technology, a greater ability to easily falsify or edit one’s own documents.”

But it’s not only photoshopped accreditations that hiring managers must worry about. The Australian Standard for Employment Screening’s initial purpose focused on a much broader range of risks: bullying, sexual harassment, fraud, customer care and safety.

“All of these issues derive from culture and responsibility,” says Rod Sherwood, CEO at CVCheck. “In general, HR has been on the receiving end of a wave of prescriptive compliance initiatives and legislation (Fair Work, OHS, etc.) and this increasing background compliance regime is hampering their ability to maintain sight of the core cultural influence role they have to play.”

According to Sherwood, the main issue in Australia isn’t the Standard’s age, but rather a low adoption rate of adequate, ongoing screening processes by employers.

“Investment in pre-employment screening processes is very poor across Australia, and in-role screening on an ongoing basis is negligible,” he says. “Recognition of the insurance value from performing checks on a candidate, then reviewing the results prior to the start-date confirmation is rare.”

For Sherwood, the Standard itself is a well-thought-out document around which there is room to evolve. However, it is not applied often enough.

“The Standard’s discourse around the reason for screening is compelling,” he says. “But awareness on the current availability of verified information, its price and speed of delivery is low.”

This view is perhaps best supported by the ICAC February 2018 report on strengthening employment screening practices in NSW. In its findings, ICAC stated that even though the Standard was more than a decade old, it remains a useful resource for employment screening. However, ICAC also encouraged hiring professionals to use it in conjunction with other documents, such as the Employment Screening Handbook and the International Standard on Anti-Bribery Management Systems.

A more disciplined future for screening

Ultimately, while there is a definite case to revise the Australian Standard for Employment Screening to reference modern risks, the issue often has nothing to do with aged information or a lack of resources. Rather, even though employers have comprehensive literature at their fingertips, they are often unaware of these resources, or fail to implement the necessary structures to achieve a regimented and ongoing employment screening process in their workplaces.

Whether it’s a CEO, small business owner or HR manager doing the hiring, organisations need to move away from inconsistent processes where pre-employment screening can go wrong. Instead, there must be accountability to not only understand the Standard, but to implement it effectively and on an ongoing basis.

Are your colleagues really ok? How to ask and offer support

The top 10 soft skills hiring managers need to consider & why 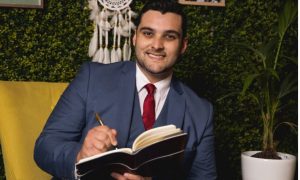 Programmed: How CVCheck helps one of Australia's largest employers safely supply staff to the health and education sectors. Programmed: How CVCheck saves one of Australia’s largest employers over 2,721 employee hours per year.