Your company will be judged according to how you treat your most vulnerable: Here’s why

The success or failure of a business can come down to how it treats its most vulnerable workers, according to Joanne Lockwood from SEE Change Happen. She explains why marginalisation in the workplace is still an issue and offers tips to improve hiring best practices.

Gandhi’s once said “the true measure of any society can be found in how it treats its most vulnerable members”, and that sentiment still holds true to this day, particularly in the workplace.

With talent shortage giving job seekers greater career control – and forcing recruitment professionals and HR managers to pivot their hiring strategies – the way you treat your team members might influence the sustainability of your organisation.

The power of your ‘employer brand’

An employer’s brand – and the way in which that brand is delivered – can have a remarkable impact on the quality of applicants to your company. That means how you seek out, interview, onboard and retain potential employees is critical to the long-term success of your organisation.

But there’s a very real risk that both conscious and unconscious bias can seep into the hiring process, as well as how staff are treated once they join the company permanently. It’s an unfortunate fact of life that businesses are still tripping themselves up with discriminatory and anti-inclusivity incidents in the workplace.

Job seekers are watching how you treat your people

The good news is that job seekers aren’t sitting back and accepting such intolerance. On the contrary, Joanne Lockwood of SEE Change Happen says the ubiquity of digitisation means candidates are now able to vet a company before they even apply for a role, which means businesses that don’t exude inclusivity and diversity in their workplace will miss out on top talent.

“It’s important for organisations to attract and retain the best people, and we’re actually seeing companies fighting over the same candidates. There are many situations where job seekers are turning down offers at the last minute due to their own research.

Joanne adds that businesses that ignore issues such as diversity and inclusion are bound to see its impact beyond just the talent pool.

“People have a louder voice these days,” she says. “They can communicate very rapidly with just a hashtag. If they feel they’ve been mistreated or discriminated against, they will spread that message online, which will not only reach employees, but also customers, which can certainly damage your brand.”

Identifying and acknowledging our most vulnerable members of society

So what’s the solution? According to Joanne, education and understanding should be top of the list. But it’s also about looking beyond who have traditionally been regarded as the most vulnerable members of society in the workplace.

“People with disability endure a lot of discrimination in the workplace, particularly those with physical disabilities, speech impediments and dyslexia,” Joanne says.

“I would also say LGBTQI+ people, and transgender individuals particularly, are marginalised disproportionately in the workplace. As are women who have childcare responsibilities – many companies are unable or simply unwilling to offer flexible hours.”

An all-too-familiar experience for Joanne

The rampant issue of marginalisation against transgender job seekers is one that’s very close to Joanne’s heart. After running her own IT company for the better part of her 25 year-career, Joanne became open about her gender-identity conflict and left the business.

In addition to being on the receiving end of discrimination from her former business partners, Joanne then spent several years as a job seeker enduring all sorts of roadblocks.

“I had agency recruiters actually telling me that the fact I’m trans would limit my opportunities with the companies I could talk to,” she says.

“I’ve had hiring managers look at me strange and create an uncomfortable environment when walking into an interview. I’ve had challenges on the phone with people mis-gendering me (due to her deeper voice – the editor). It wasn’t always discrimination, but in all the times I engaged in the recruitment process I was never offered a role.”

Joanne says that not only did being transgender work against her during the hiring process, but ageism may have played a role as well – an increasingly rampant form of discrimination in offices around the world.

Joanne’s top tips for a more inclusive and diverse workplace

As a confident and forward-thinking individual, Joanne soon realised that she could put all her lived experiences into helping others who have been marginalised in the workplace. Her organisation, SEE Change Happen, provides a variety of services that promote diversity and foster everyone’s right to be different.

“I think anybody who goes through some dramatic change in their life comes out the other side with a newfound awakening. Personally, I’ve gone from having a career and a job to having passion and a fulfilling life.”

With that in mind, Joanne offers three top tips for hiring managers and HR teams to become more open-minded and inclusive of how they employ and retain staff:

Joanne Lockwood is the founder and CEO of SEE Change Happen, an equality, diversity and inclusion practice specialising in providing transgender awareness and support to organisations and businesses throughout the UK, Europe and elsewhere.

As an international keynote conference speaker, Joanne delivers workshops, seminars, and engages with organisations to develop policy and best practises so that they are more inclusive for all people. She helps them challenge biases and helps them to develop a vision and strategy for conscious inclusion.

Joanne was a contributor and featured in the Channel 4 (UK) documentary, The Making of Me, broadcast in February 2019. This documentary was filmed over a 3-year period and detailed her own personal gender transition and its impact on those around her. 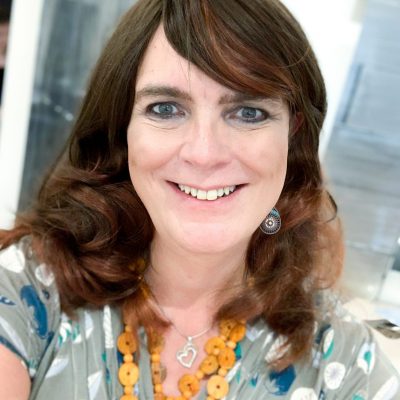 How to shortlist when you’re overwhelmed with resumes 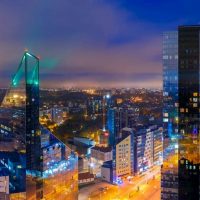 The Tiger Leap: Lessons we can learn from e-Estonia 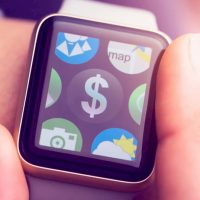 Fintech and the future of jobs in finance 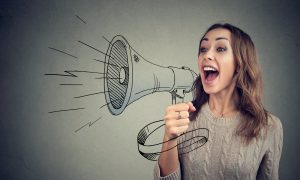 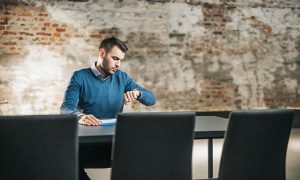 4 steps to better recruitment so you don’t get ghosted How to engage employees during organisational crises & significant change