You do your due diligence by conducting the necessary background checks on incoming employees, but do you routinely re-check them post-appointment? If not, you could be putting your business, staff, and customers at risk.

Looking into a candidate’s background is part of your due diligence during recruitment, but it can be just as important to conduct subsequent screenings.

Daniel Chilcott, General Manager of Learning and HR Services at Programmed, explains why and when routine re-checking is business best practice.

It’s important to re-check an employee’s visa on a regular bases as a person’s visa status, or restrictions on their ability to work within Australia or New Zealand, can change at any time. Businesses caught employing, contracting or referring illegal workers could face steep fines or worse, including civil penalties up to $94,500 for businesses in Australia and NZ$50,000 in New Zealand.

According to the Department of Home Affairs, the visa details of non-citizens should be re-checked within two days of an expiry date, or whenever their circumstances change. To stay on top of their compliance requirements, Chilcott says Programmed – the core business of which is built on recruitment – runs monthly VEVO (visa entitlement verification online) checks on bridging visa holders and the like.

“Those checks would be conducted every other day, because we have so many people on different stages of their visa,” Chilcott says.

A service offered by the Australian government, VEVO allows employers to check visa details and conditions including expiry date, the nature of the visa, conditions and the visa holder’s period of stay in the country.

Businesses like Programmed can safely and securely offload the time-consuming task of manually running VEVO checks on hundreds of employees to a certified third party such as CVCheck.

Police checks are point in time checks that provide details of an individual’s previous criminal history and will need redoing regularly in situations where your people are working on sensitive sites – schools or prisons, for example. They’ll also need re-checking when employees apply for licences, when the business changes, or when someone steps into a senior-management-level position.

“In Programmed’s case, we need to re-run police checks predominantly when new contracts are won, or if somebody is applying for a licence,” Chilcott says. “But we also have defence contracts, for example, where we maintain Australian Defence Force sites, and in those arrangements you would not find a person on-site without a current or valid police check from any business. Defence is very tough on that.

“Re-checking of executives also needs to be done for ASIC requirements where details of the business have been changed, such as the appointment of new directors and changes in key management personnel, and in some cases the ASX requires a police check for new directors too.”

It’s common practice for organisations to re-run police checks on employees moving from a senior management role into the C-suite (CEO, COO and CFO).

There are numerous reasons why people lose their driver’s licence – accumulation of too many demerit points, drink driving and driving an unregistered vehicle among them. You can protect your business from potential fines and reputational damage by routinely re-checking every employee and contractor who operates a vehicle for work continues to have a valid licence throughout their term of employment. That goes for staff members who drive a company car as well.

You may want to consider a risk-based system of re-screening – for example, every six months for workers with fewer than six demerit points; every three months for drivers with between six and nine points; and monthly for those with more than nine. However, if your drivers work in high-risk areas, it might be best to check even more frequently.

Businesses may conduct psychometric testing before onboarding an employee, and re-testing could be in the best interests of both parties if someone is being considered for, say, a senior leadership position.

Chilcott says predictive psychometric testing can be used on existing employees as part of the succession-planning process – where someone has been identified as the next replacement executive general manager, for example, to determine their suitability for the role – as well as for professional growth.

“We use psychometric testing quite often with existing employees to identify possible areas for development activities,” he explains. “So, if the testing results suggest a person is astute with Business Finance but lacks people management skills, that highlights to us which areas to target for learning and development for that individual.”

Always be honest and open

It’s important to be clear about the purposes for re-checking your staff if you don’t want to sow the seeds of mistrust and resentment, Chilcott says. If people know it’s being done for positive purposes – such as career development, new contracts, new licences – you are less likely to experience pushback.

But what happens when you run a routine re-check on an employee and something does pop up?

“Content on a police check is not a deal-breaker in itself,” Chilcott says. “For example, if somebody has a lot of driving offences but they’re going to be working in an office space and not driving a vehicle, then it has no implication on their role.”

“If there was a problem, we would certainly discuss that with the person and explain why it’s such an issue, because we get their full consent to conduct the check so they are very aware of the fact that it’s happening. In that sort of situation, you have to be very open and honest with people, or it will come back to bite you.” 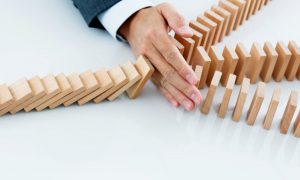 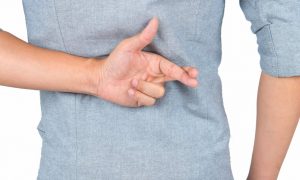 Prevention is still better than a cure eBook: A guide to police checks for employers 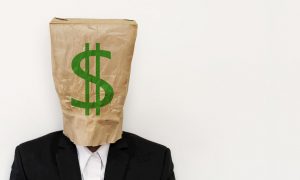 What is Know Your Customer (KYC) compliance